How to prolong the party. One method to continue to have a party with friends and invited, also past midnight, avoiding exaggeration in crowds and excessive noise. The latest idea to dance until dawn without tormenting the neighbors, is unbelievable and it is called “Silent Party”.

It ‘a very common event in Northern Italy: In Campania, however, the first that organized a Silent Wedding Party in the wedding planner Ester Chianelli.

The mechanism is very simple: each guest is given a special lightning headset that, via a wi-fi, play music according with the DJ. Comes out a real dance floor invaded by dozens of people who go wild and have fun, but in silence, as in a show of the unreal.

No noise in the background, if not a few laughs amazed or a clap. Exactly as it happened last June 20 at a wedding reception on the sea of ​​Amalfi.

For many of the more than two hundred guests of Gingia and Andrea at the Hotel Santa Caterina, the evening did not end after the cutting of the cake shortly after midnight, but three hours later, after a long and unleashed dance session.

Ester, the wedding planner of the event has indeed to hire dozens of headphones “Silent” by the company Lem International. States all devices in a single network, as in a beehive, the party was a success: all listened to the same music, coming from the same DJs, from the same console, dancing until 2.30. 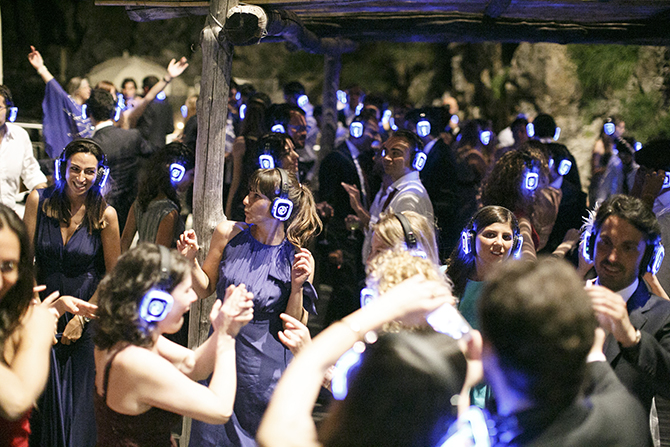 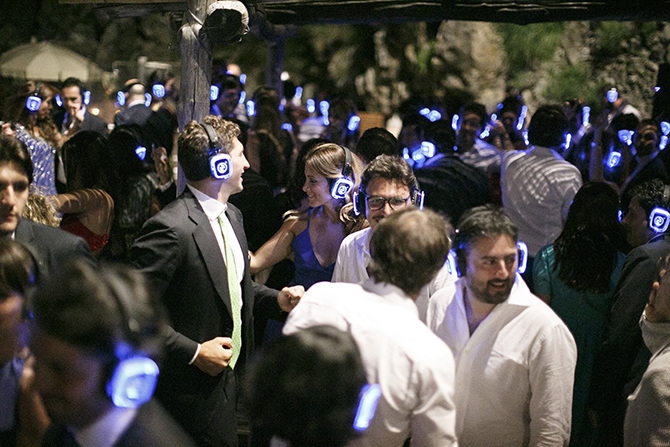 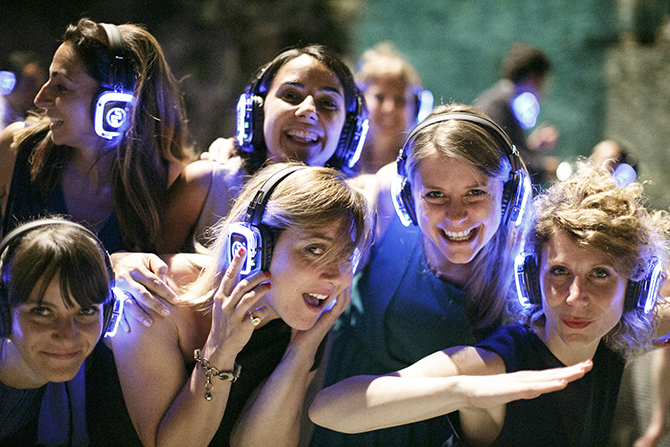 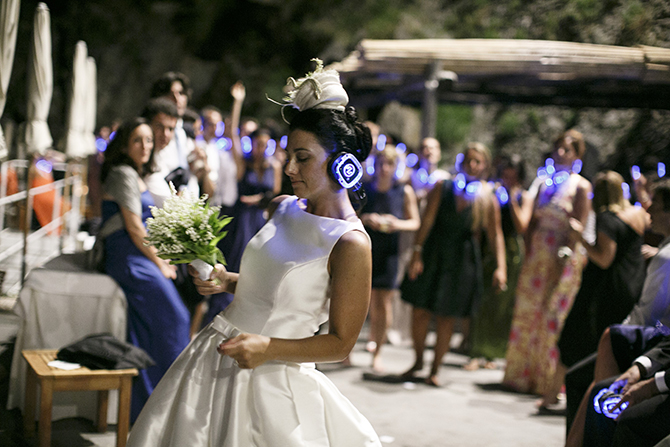